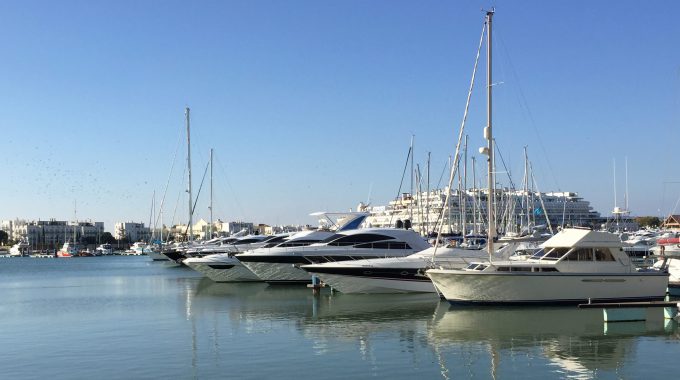 myEyes is a startup, installed at LISPOLIS since May 2019, that is now making its arrival at Vilamoura with its inclusive project, which aims to create a mobile application for visually impaired people that includes the mapping of the Vilamoura Marina, the city and beaches.

myEyes is a pioneering system that allows people with partial or total blindness to receive referrals through a mobile app that offers information aloud whenever they encounter an “event”, that is, a GPS coordinate or a Beacon, reproducing the texts previously embedded in the Cloud. These texts are intended to narrate what is around the user, while providing guidance on how to get from one point to another.

myEyes comes as a result of a meeting with the Vice-Rector of the Sanctuary of Fátima, which intended to put signage plates in braille for people with visual impairments. However, the implementation was not possible, due to the difficulty of indicating where these signs were located to these same people, and Filipe Silva, founder of myEyes, decided to create a mobile application that transmitted previously defined messages in the indicated places.

Right now, myEyes has its solution implemented in several locations, including the Sanctuary of Fátima and the Hotel Essence Inn Marianos, in Fátima, and is working on the implementation of a new project in Vilamoura, which will be launched later this summer.

“Our partner in the Algarve is marking the points marking and the text related to each point, building a story, a speech around the referenced points, and we are also preparing an application for the Vilamoura Marina and its surroundings, which includes beaches, which are already accessible beaches”, explains Pedro Almeida, Chief Operating Officer of myEyes.

This is an important step in the scalability of the product, since it will serve as a case of success for new projects in City Councils, Marinas and other city spaces. myEyes also intends to be on Festivals, considering that the brand Turismo de Portugal will launch this year the campaign “accessible festivals”, after having launched the Praia Acessível, Praia para Todos Program.

For the future, the startup will focus on personalizing messages. “What we want in the future is for the application to begin to understand what the blind person wants to do and what he usually does, and to start giving him automatic and personalized guidance: two people who pass the same point, being different people and having different interests, will receive different messages”, explains Pedro.

In this sense, Filipe Silva, founder and CEO of myEyes, is attending the PhD in Cognition and Language Sciences at the Catholic University, which can help to understand if the messages transmitted are being understood and well interpreted by the application users, through tests with Electroencephalograms (EEG) and Functional Magnetic Resonances.

MyEyes® is a technology ecosystem through which we create “blind compliant” zones, that is, zones adapted for people with vision problems. It is a pioneering system through which the mobile phone speaks to the person in a loud voice whenever it encounters an “event”, that is, a GPS coordinate or a Beacon, reproducing the texts previously inserted in a robust system existing in the Cloud. These texts will have the purpose of narrating what is around while giving guidance on how to get from one point to another.

Through a simple App, available for both Android and IOS, and based on different algorithms, the system launches messages in a loud voice for people who are blind or have low vision to move around. As a rule, the normal GPS signal is used in the external movement and the Beacons are used in the inner areas. Beacons are small equipments that emit a continuous signal that is handled by the mobile phone and converted into voice from the text recorded in the back office.