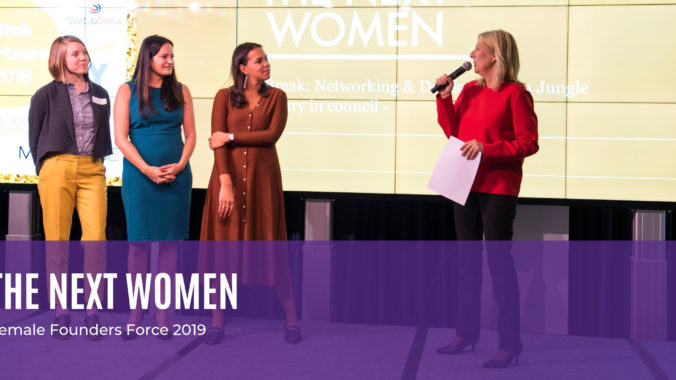 TheNextWomen Female Founders Force Program, a program that supports female entrepreneurship, is open until October 15 and will hold a semi-final in Lisbon on November 6 at the Dutch Embassy in Portugal, with support from AICEP.

This pitch & sourcing program by the Dutch organization TheNextWomen is designed for startups and growing companies founded, led, or with a female investment stake, and seeks to increase exposure, awareness and meaningful connections of contest projects.

More than 200 women-led startups sign up each year and compete for first place in the program, which in 2018 awards the winning startup with an “EY Growth Navigator” experience, a year of TheNextWomen membership and the opportunity to picth to have a seat at the Hearst Lab in Amsterdam. Local winners of the show’s semi-finals, which take place in Buenos Aires, Lisbon, Tel Aviv and Amsterdam, win a trade tour to Amsterdam before the final of the competition.

Until October 15th, 1 to 3 year old startups, with at least one of the founders female, with a turnover of less than 50,000 euros in 2018 and at least 2 permanent employees that are looking for funding, may apply for this program.

The finalists of the latest editions – Printr, Vastari, Plugiy, Endeer and MT Arts Agency – raised between 500,000 and 1 million euros in funding after winning the competition.

In this 7th edition of the program, TheNextWomen intends to continue supporting female entrepreneurship in collaboration with Dutch entities such as EY, KLM, Hearst Netherlands and StartupAmsterdam.

TheNextWomen was created in London in 2009 by IENS.nl co-founder Simone Brummelhuis, a technology entrepreneur with extensive experience in the challenges of access to knowledge, capital and the entrepreneurial ecosystem of startups. Currently, this private organization makes these success factors available to women-related startups through a network of partners such as StartUpAmesterdam and the Dutch financial institutions Rabobank, ING Group, FMO, ABN AMRO and Hemingway Corporate Finance.